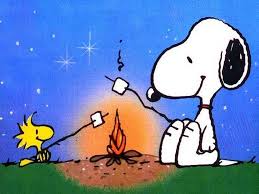 Childhood entails so many beautiful rites of passage. School, your first crush, losing your first tooth, catching rolly pollys, playing in the mud, and of course Girl Scout sleep away camp (insert Cub Scout/Boy Scout if you have a mini man).

When I was a child, I too was a Girls Scout; preceded by Brownie and Pixie (now called Daisy). I loved it. We sang Christmas Carols to convalescent home elders, grew bean sprouts in a cup, sang songs (oh you know the ones), and sold cookies, lots and lots of cookies.

Then of course, we went to camp.

Camp was the beginning of the end for me. In the fourth grade I attended Girl Scout sleep away horse camp. That was a hard earned badge. I was cool with being away from my family for a week, I was cool with learning to saddle and bridle a horse, I was even cool with scooping the horse doo doo. What I was not cool with was sleeping in a bare bones structure, taking your life into your own hands when going to the showers, and bugs.

Now I have a little peanut of my own, who is enjoying the Brownies. It fills me with pride to watch her participate in the same types of activities I did as a Girl Scout.

Until we had to go to camp.

I cannot tell you people the amount of anxiety I experienced leading up to the big day. I was worried about the bugs, someone getting hurt, and being in the middle of nowhere.

All of my fears came true.

The wasps were angry and on a mission. The daddy long legs decided my arm was an excellent place to just chill. And the amount of Band-Aids handed out that weekend could have swathed King Tut…twice.

What I did not expect was all the crying. Mostly done by me. Just kidding, not really. I cried on the inside. So many little girls crying. Crying for their parents, crying because so and so was not playing with them, crying because they were hungry (that got the most tears), or their legs hurt, or their arm hurt, or the hair follicles in their ears hurt. So. Much. Crying.

At one point I looked over to my friend, another brave mama chaperoning with me, and said the words, “I wish I was a dude. I’m guessing the Cub Scouts don’t cry about sand in their shoes.” Then we went on to fantasize about all the beer and chips and dip we could consume if we had a tricked out RV. This only brought on more tears, from me.

While some of my worries were confirmed, what I did not expect were all the positives. The friendships formed, the camaraderie of the older Girl Scouts with our younger girls, and the general awe I developed for the amazing troop leaders who made this shin dig happen.

There were magical moments that lit up the adventure as well: S’mores by the fire; the flag retiring ceremony; finding the “beach” by the lake and creating castles, cheers, and shell habitats; sticks, sticks, and more sticks; night time skits and songs; and swapping trinkets.

While this old hag of a Girl Scout kissed the ground when I walked through the door of my home, I was happy to see my little Brownie grinning and shouting, “That was the best camping trip ever!”

And isn’t that what being a scout is all about. Togetherness? Fellowship? Learning and growing? All of the above were accomplished.

But next time I am bring my bug zapper … and a case of wine.

2 thoughts on “Am I Really Giving My Box of Samoas to a Gaggle of Daddy Long Legs?”

My Tweets
Join 836 other subscribers